Colibacillosis is a common infection in broilers and broilers breeder’s flocks caused by avian pathogenic E.coli (APEC) and resulting in major economic losses.

Mortality, the cost of treatment and the decrease  in  feed  conversion  efficiency  result  in significant economic losses  cost to the poultry industry.  Clinical signs of colibacillosis can be observed in form of high mortalities, respiratory manifestations and poor growth rate.

The pathogenicity of E.coli is depending on the presence  of  one  or  more  virulence  factors  including invasiveness  factors  invasins,  heat  labile and  heat  stable  enterotoxins,  verotoxins  and  colonization  factors  or adhesins. It  is  quite  difficult  to  differentiate  between  pathogenic and nonpathogenic  E.coli  strains on  the  basis  of antigenic structural  and  biochemical  characteristics.

APEC infection can be    controlled by antimicrobial agents based on antibiotic susceptibility testing which considered the proper technique to determine the antimicrobial of choice due to resistance issue resulting from misuse of antibiotics.

The decision to use antimicrobial therapy depends on the susceptibility of the microorganism and the pharmacokinetics of the antimicrobial achieves the desired therapeutic concentration at the site of infection and thus clinical efficacy.

Neonatal  infection  of  chicks  can  occur  horizontally,  from  the  environment,   or vertically, from the hen. A laying hen suffering from  E. coli-induced oophoritis or salpingitis may  infect  the  internal  egg  before  shell  formation.  Faecal  contamination  of  the  eggshell  is possible  during  the  passage  of  the  egg  through  the  cloaca  and  after  laying.

Before hatching, APEC cause yolk sac infections and embryo mortality. The chick can also be infected  during  or  shortly  after  hatching.  In  these  cases,  retained  infected  yolk,  omphalitis, septicaemia and mortality of the young chicks up to an age of three weeks is seen .

Broilers may be affected by necrotic dermatitis, also known as cellulitis, characterized by a  chronic  inflammation  of  the  subcutis  on  abdomen  and  thighs  . The  affected  animals  usually  do  not  show  any  clinical  signs,  and  the  lesions  are  sometimes only  detected  at  the  slaughter  plant  .

Airsacculitis  is  observed  at  all  ages.  The  bird  is  infected  by  inhalation  of  dust contaminated  with  faecal  material,  which  may  contain  10 6  CFU of  E.  coli  per  gram  .  In  animals  with  respiratory  defenses  compromised  by  other  pathogens  or  by  an unfavourable  housing  climate  ,  inhalation  of  contaminated dust causes airsacculitis with sero-fibrinous exudates.

Septicaemia also affects chickens of all ages, and is mainly described in broilers. It is the  most  prevalent  form  of  colibacillosis,  characterised  by  polyserositis  .  It  causes  depression,  fever  and  often  high  mortality.  When  E. coli reaches the vascular system, the internal organs and the heart are infected.  The  infection  of  the  myocard  causes  heart  failure . Septicaemia occasionally  also  leads  to  synovitis  and  osteomyelitis .

Virulence  factors  enable  E.  coli  to  colonise the  mucosal  epithelium,  evoke  an  inflammatory  reaction and  eventually  proceed  to  tissue  invasion.  The  capacity of E. coli to produce virulence factors contributes to its  pathogenicity.  These  virulence  factors  enable  some members  of  the  normal  flora  to  elicit  an  infection  by overcoming  the  host  defense  mechanisms.

Control and prevention of Collibacillosis

Approaches  to  prevent and  control  APEC  infections   in   the   poultry   industry   include   improved hygienic  methods,  vaccination,  use  of  competitive exclusion  products,  and  the  introduction  of  novel immunopotentiators, however, each of these practices have had limited success.

This   has necessitated  the  use  of  antimicrobial  chemotherapy to control outbreaks of colibacillosis, however, recent reports have described increased resistance to those antimicrobial  agents  commonly  used  for  treatment .

In medicine, frequency of   strains   resistant   to   ampicillin,   trimethoprim–sulfamethoxazole, streptomycin,  Ciproflaxin, chloramphenicol,    tetracycline    and    cephalosporins (ceftriaxone  or  ceftazidime)  is  a  cause  of  growing concern.

Commensal E. coli strains from  poultry  have  similar  patterns  of  resistance  but  at lower frequencies. Antibiotic administration is considered the most important  factor  promoting  the  emergence,  selection and  dissemination  of  antibiotic-resistant microorganisms    in    both    veterinary    and    human medicine. 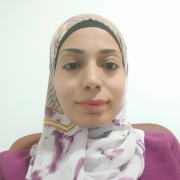